Niedźwiadki and Guaranteed Emotions in Elblag !! 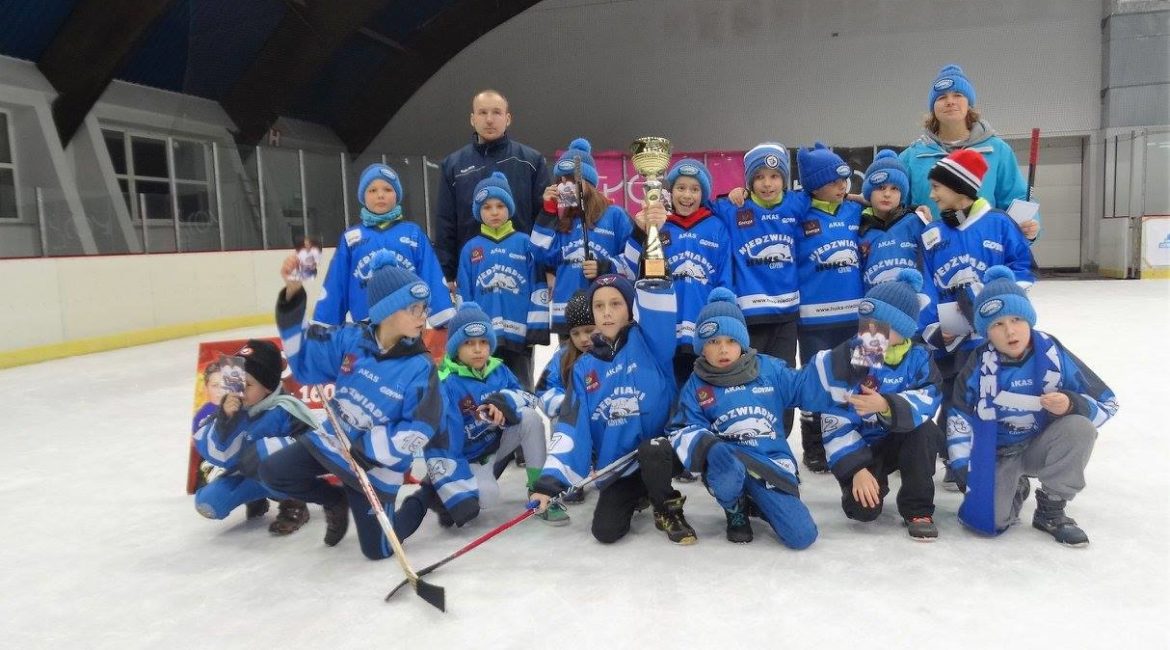 On 25-26.03.2017 we were invited to the International Ice Hockey Tournament for President Elblag Cup.
There were six teams in the tournament, the younger host of the UKS Vikings Elblag, UKS Bombers Malbork, Kaliningrad Phoenix, Minsk Mazowiecki, Legia Warszawa and our team HUKS Niedźwiadki Gdynia.
Everyone played five matches in two days also was a substantial dose of hockey for all participants.
After a very good start, 2: 0 we beat Bombers Malbork 8: 2, next match we played with later winners Kaliningrad Kaliningrad we played as equal to only half with a 2: 9 yield but the only goal scored by the Russians goal No other art team succeeded. At the end of the day we faced Mazowiecki with 3: 0 and 5: 2 but we ended up being beaten 8: 7. The emotion was not bad at 6: 8 but we still had two penalties. Enforced properly was only one and the next time we went down as losers.
The next day we started in the morning, and before us stood a team from Warsaw. From here we played sluggishly and the Legionaries were controlling the course of events. The 1: 6 loss was not optimistic. Last match we played with the hosts of the UKS Vikings Elblag. Once again we start a great 4: 2 after the first third for us. We could see the fatigue of a heavy and demanding tournament in minutes. After two matches, a 4: 4 draw is shown by the players and the players that it will not be easy and indeed the whole third will end with a goalless draw, although both teams have had the perfect opportunity to end the match in regular time. We go to the penalty, the emotions reach the zenith we lose 2, 1, but we manage to draw and we have extra time in the penalty where we can not manage and lose 5: 4.
The tournament can be considered very good despite the 6th place with each team we were fighting. All the tigers played very well and deserved praise for the lack of fitness for all the competitors and players did not always succeed in implementing tactical assumptions. As a coach I am inspired by how much heart they have put in every match in every match. There is tremendous potential in our team, and I hope that this season I will have the pleasure of leading the Bear in subsequent tournaments. Special thanks to Phoenix Kaliningrad for lining the goalkeeper for the entire tournament.